The School Children Loved Her Stories. But She Wasn’t a Teacher. She Was the Cleaner!

Lea and the Magic Sunflower

Lea and the Magic Sunflower at Audible.co.uk
Now also available in German

A mother of three, the grandmother of eight and the great-grandmother of four, Ann Twigg knows a thing or two about how to keep children entertained and engaged.

Ann Twigg had spent her whole life as a cleaning lady at the local Halls of Residence for students in Sheffield. She enjoyed the work and was happy to clean the rooms of the students and pass the time of day with them and her colleagues.

But after 35 years in the job, it was decided that the building was going to be demolished to make way for a new approach to housing students. Ann was sad because it meant losing her job and the life that she enjoyed. 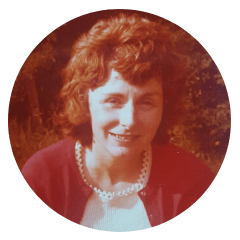 A very active person, Ann was determined to find a new challenge and within a few weeks she was offered a job at the local infant school. Her new task was to watch over the young children during the lunchtime break.

She immediately fell in love with her new post. She’d always had a natural talent for connecting with young children at their own level and she started to look forward to going every day to look after the kids.

One day a small group of young children gathered around her. They were asking questions and being silly. It was then that Ann decided to make up a story and tell it to the children. She didn’t think much of it but the kids seemed to enjoy it.

But then, the next day, she was surprised when the same children returned, asking if she could tell them another story. “I don’t know why, but the stories just seemed to come easily for me”, she recalls.

Anyway, day after day, month after month and year after year, the number of stories that she told to the children kept on increasing. She now had a large repertoire.

In addition, the school’s teachers were also starting to take notice. One rainy lunchtime when the children were indoors, she told one of her stories to a whole class of infants. “You could have heard a pin drop”, recalls Ann.

One of the teachers, who had been standing at the back, came over after I’d finished and said, “Mrs. Twigg, you have them in the palm of your hand”.

Then in 2006, Ann was on holiday in the south of Spain. Ann’s son Alan came to visit and she told him about how she’d been making up stories and telling them to the children at school. She told Alan how much the kids loved them and that she always got requests to repeat them over and over again.

Learning for the first time about the stories, Alan thought it was a shame that they were all in his mum’s head and suggested that she should write them down. They could become books. Audiobooks!

Ann was very reluctant. “I’m only a cleaner”, she said, “no one will want to read or hear my stories”. But Alan said that she should think it over. If all the children in the school playground love them so much, other children will too, he told her.

“I was frightened about what people would think of me”, she says, “after all I had no experience writing books and was worried about what the school’s teachers and others would say. ”

But Ann talked it over with her husband that evening. He’d heard all about how the children loved the stories and so he encouraged her to give it a go.

Two days later she decided to write the first story, “Tom on Robot Island”. “Once I started writing”, she recalls, “everything just seemed to flow, it almost felt like the story was writing itself, I was very surprised”.

Soon the sequel “I’m not a Robot, I’m Tom” was finished too. Ann Twigg was in business.

And there was more to follow. In the space of just one year, she had written 14 short children’s stories. “It was easy because I’d been telling them to the children at school for years”, she says.

Alan, her son, had always enjoyed listening to audiobooks. The Ipod had just come out and so together they decided to turn the stories into Audiobooks. They also decided that Ann was the best person to narrate the audiobooks. After all, she’d honed her tone and timing with so much practice at school over the years.

Over the following year, Ann worked together with Ernest, her husband, and Alan to turn all of the stories into audiobooks.

Altogether the collection now encompasses 21 stories and since March last year, they have all been available for purchase on Audible.co.uk.

The reviews that people have written on Audible are very good and very kind. Altogether the books have been downloaded more than 1500 times. All, until now, with no promotion whatsoever.

Ann’s message to us all is to believe in yourself. “I never thought that I would write children’s books one day. And I certainly didn’t think that kids would love them so much”. 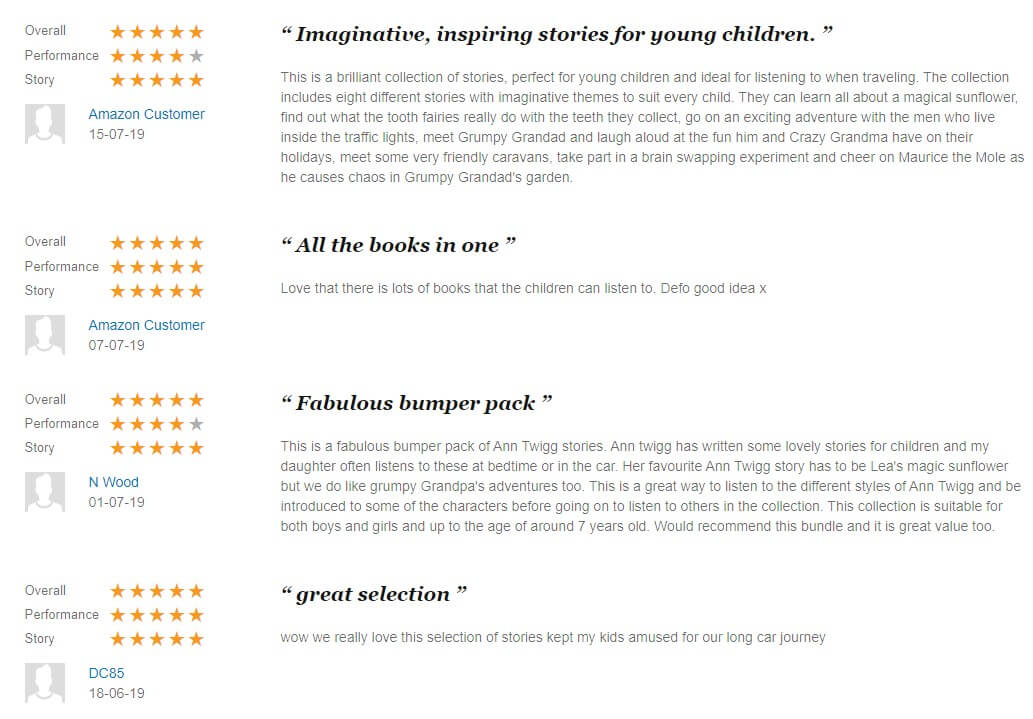